Back to Main Articles Page

Importance of Engaging Students in Community before High School 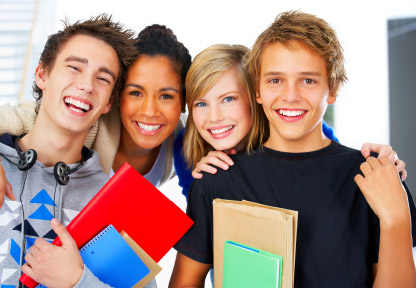 Let me share with you a story about a handful of students in my youth group. Names have been changed for sake of identity. In our area, elementary school goes to 7th grade and High School (or secondary school) starts at 8th grade. There is no middle school. During one school year, the largest majority of our youth group consisted of 7th graders. We had a group of roughly 60 students from 5th – 12th grades, at least 25 of them were in 7th grade. Although I do believe that what I share applies to both males and females, I only had the opportunity to run this scenario with male students, and so this case study is specifically based on 7th grade boys.

From “School 2”, there was another group of about five or six 7th grade boys who attended just about every week, and from “School 3” there were four 7th grade boys who attended every week, rarely missing. From “School 1”, a student named Benjamin was the one who seemed the most “on fire” for Christ within the youth group. He had been attending our youth group for three years. I had the opportunity to share Christ with him. He was passionate about God. He wanted to do extra Bible studies with me before the youth group met each week. He loved sitting down and reading through the Bible and hearing God’s word. He enjoyed having someone he could listen to share God’s word. Also from “School 1” were two students named Nick and Matt. The two of them were not believers, but enjoyed attending every week and they were getting closer and closer all the time, even if only by an immeasurable amount.

From “School 2”, there was one student, Chris, who was very enthusiastic about attending. He attended every week. One of his main draws was being able to be involved in media and help out in those areas. He loved doing that and he loved being at our youth group.

This scenario played out during the entire school year. These 7th grade boys had attended consistently throughout the year. During the summer, we held our first Grade 7 Guys Retreat. This wasn’t your typical “go to church camp in the woods and sing songs retreat” though (although there is nothing wrong with that). I took a group of six 7th Grade boys (who were now going into high school) to Seattle for three nights. We stayed in a hotel, we played demolition ball, went up in the Space Needle, and used military-grade laser tag guns in a church building. We did have a discussion time each morning and each evening when we got in God’s word and had a focused discussion about pressing issues. And yes, these six “middle schoolers” were engaged and attentive for up to 90 minutes at a time. Some say middle schoolers can't stay focused that long, perhaps a discussion for another time, or perhaps this has to do with the community that was developing among these six students during these discussion times. The trip was primarily focused on community building. We did various activities and had a great time together just getting to know each other and hanging out. We even filmed a music video to a really cheesy song in the hallways of the hotel.

Midway through these students’ 9th grade year, the students who attended the trip still attended regularly. The students who did not attend the trip had not attended in over a year. Had there not been an outside variable causing one exception in both category, it would’ve been a unanimous conclusion that the students who were really engaged before entering high school stayed engaged and regularly attended, and the students who were not truly engaged by the time high school started would be gone by the end of their first year of high school. Community also plays a large role in this. Almost as if students must be actively engaged in the community of your youth group by the time they enter high school, otherwise, they will fulfill their need for community elsewhere, thus leaving your youth group. And unfortunately, that need for community is usually not found in another church or youth group, but in a place where God is usually not a priority.

The Exceptions
Of the six students who attended the retreat, the only exception was John. His exception was caused by outside variables. Early in John’s 8th grade year, John’s parents had moved to a different church but still encouraged John to attend our youth group. One of John’s friends, Jacob, was still attending our youth group, but his other two friends had begun attending another friend’s youth group. John was also going to a different high school than the other three friends from his 7th grade year, and therefore wanted to go to the other youth group as well in order to see his friends. This does however provide evidence for the importance of community.

His friend Jacob was also, for a short time, an exception to this apparent rule. Jacob did not attend the trip, but he continued attending our group for a while. In fact, Jacob outlasted all of the other students who had been actively attending since before high school and who had not joined us on the trip. Jacob continued attending until December of his 8th grade year. However, there was also an outside variable playing into Jacob’s attendance. Jacob was a student that God had placed on my heart to reach. I was making it an intentional effort to invite Jacob, to make him feel welcome and accepted and to meet with him outside of our youth group. He once told me that he had attended other youth groups in our area, and ours was the only one that actually made God sound interesting, which was why he enjoyed being there. (I won’t mention what this must say about the other groups he attended, because it shouldn't require effort to make God sound interesting...He is indeed, by nature, already very interesting).

However, as all of Jacob’s friends were no longer part of the youth group and he wasn’t as close to other students, the need for community eventually played into his attendance as well and he stopped attending.

The Conclusion
From the earlier part of the story, Benjamin and Chris were no longer attending the youth group, and yet, they were at one time the two that seemed the most engaged and passionate. However, Nick and Matt were still attending regularly and still getting closer, even though they still were not believers.

At the time of writing this article, midway through these students’ 11th grade year, all five of these students were still regularly attending and involved in the youth group.

Why is it that these five students remained actively engaged in the youth group all throughout high school when the other students in their class did not? Is it because they went on a trip to Seattle? Or is it because they were deeply connected to the group through a strong sense of community?

It appears to be important to actively engage students in the community of your youth group before they begin high school. This seems to be a rule that is naturally and automatically followed. In this small case study, the rule was proven true 92% of the time. Out of 25 “test subjects”, this rule was adhered to every time with only two exceptions, both caused by outside variables. You could argue that those exceptions weren’t exceptions because there was still a sense of community that was either being fulfilled elsewhere or not being fulfilled at all, and that it only appears to be an exception, because of the polarity reversal which happens in the middle of the case. Regardless, had it not been for those two exceptions, the rule would seme to be law.